Had a great sleep last night. These beds are so comfy. Would definitely recommend this place to stay. We had nothing planned for today so took our time getting ready. Headed down to ‘The Hub’ (hotel lobby) for our breakfast. We both just chose a blueberry muffin and a latte. Both were really good. This hotel is what we would imagine an upscale hostel with all private rooms might be. It is fully technology functional. More than we know how to deal with.

We thought we might head to the Big Buddha but wanted to check to see what tours were offered first. We also wanted to get our ferry booked for our next island. We ended up booking an Around the Island tour for tomorrow which includes the Big Buddha. Also got our ferry booked for the 8th. So now what should we do? We both wanted smoothies but there were none to be found this morning. This town appears to be a little sleepy in the mornings. Guess everyone stays up late partying. Not us!

We headed down to the beach to walk along and look for a smoothie. This beach must go for miles in both directions. Tide was in, so there wasn’t a whole lot of sand. Finally found a place that sold smoothies so we ordered one each. 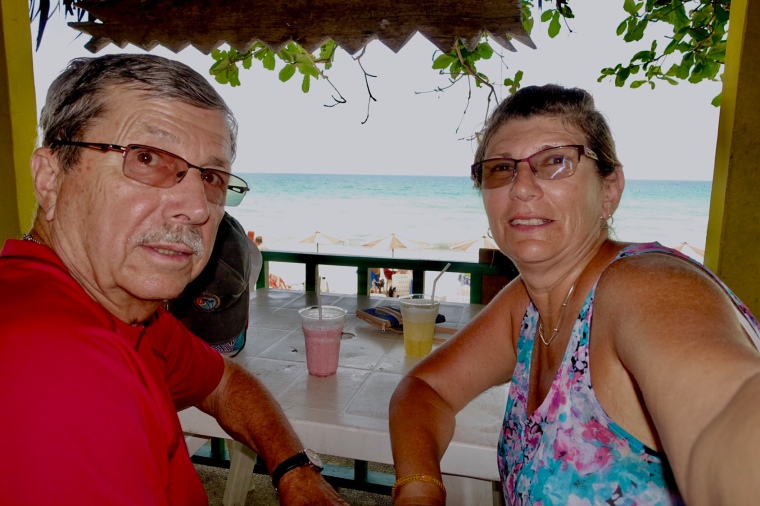 About 20 meters away there was a crowd of people on the sand. Turned out they were surrounding a woman laying there. Some were rubbing her hands, others her feet. Soon a few police men showed up and then 5 medical personnel. Two British women came and sat at the table beside us once the medics arrived. They had been down on the beach around the woman. Turned out one of them had dragged the woman from the sea unconscious and I’m guessing not breathing as they said they had given her CPR. They had noticed her just floating out there on a board and thought it was strange. Don’t know the whole story but it’s a good thing they did, as it seems they may have saved her life. The medics took her away with oxygen on. The police went in search of her family members as none were apparently on the beach. Pretty sure they found the family as we saw the police had given the mini surf board to some people staying in the nearby resort. Pretty scary.

We headed back to hotel and decided to spend the afternoon floating in the rooftop pool. It was great as we had the pool to ourselves most of the time. 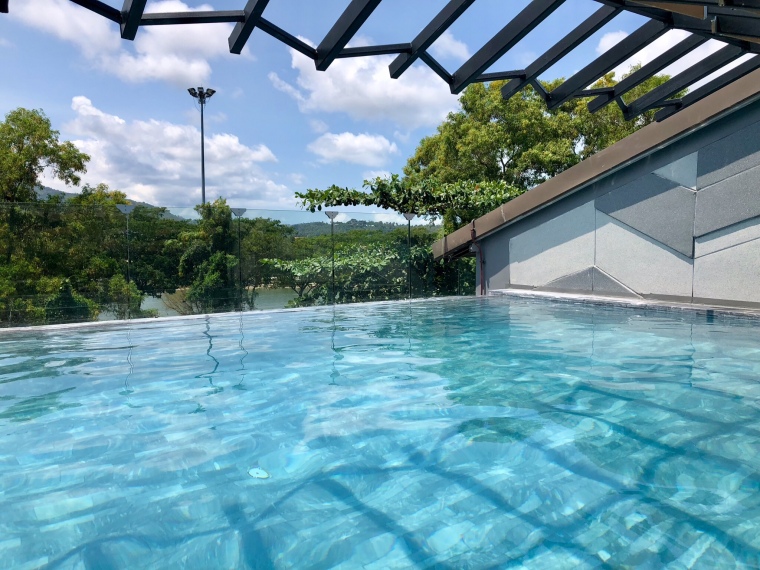 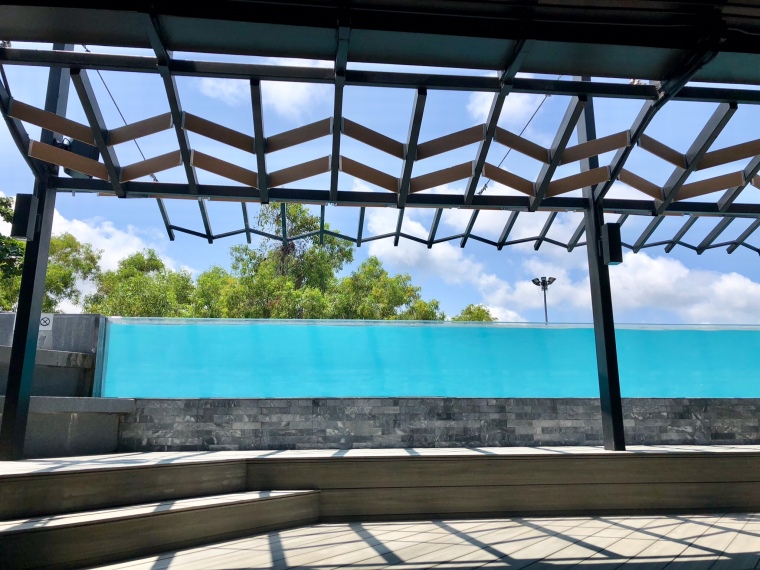 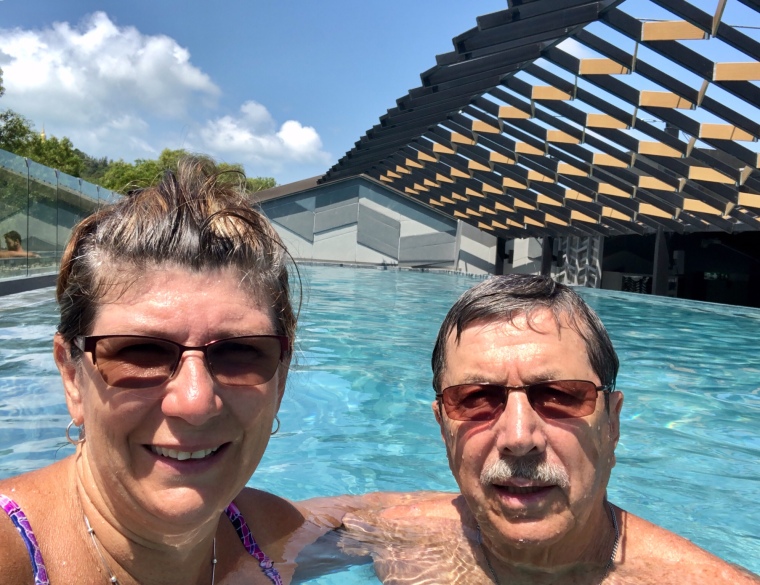 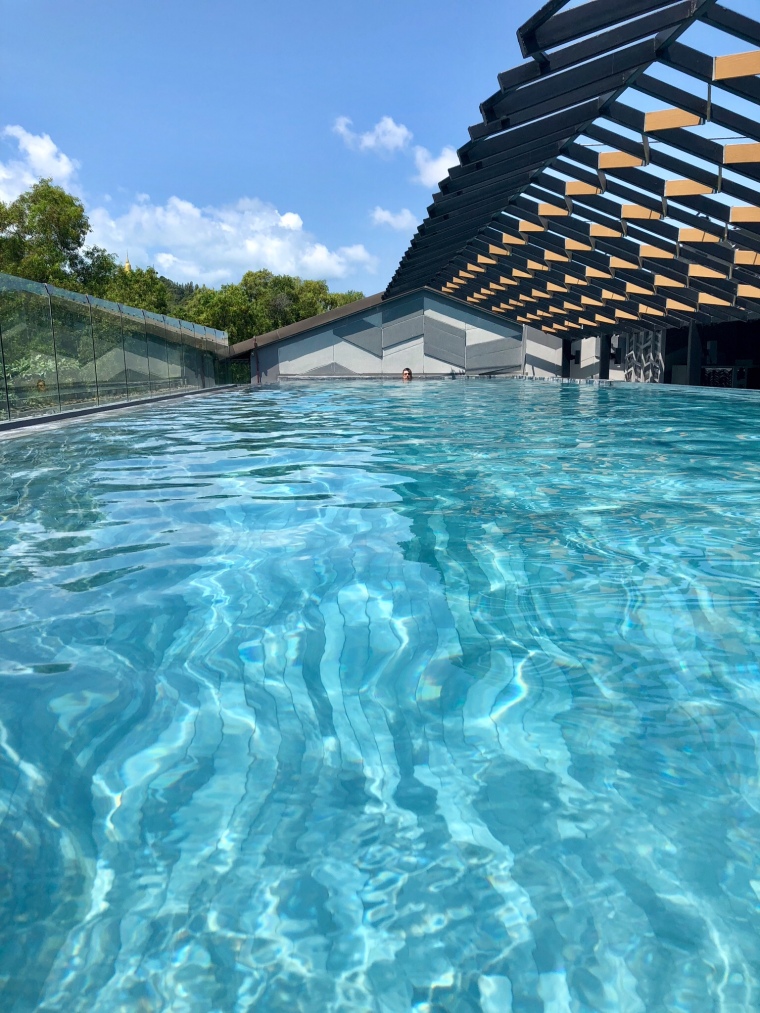 Dinner tonight was at restaurant that we had seen this morning, Chewang Khoasan. We both ordered salmon. It was pretty good. 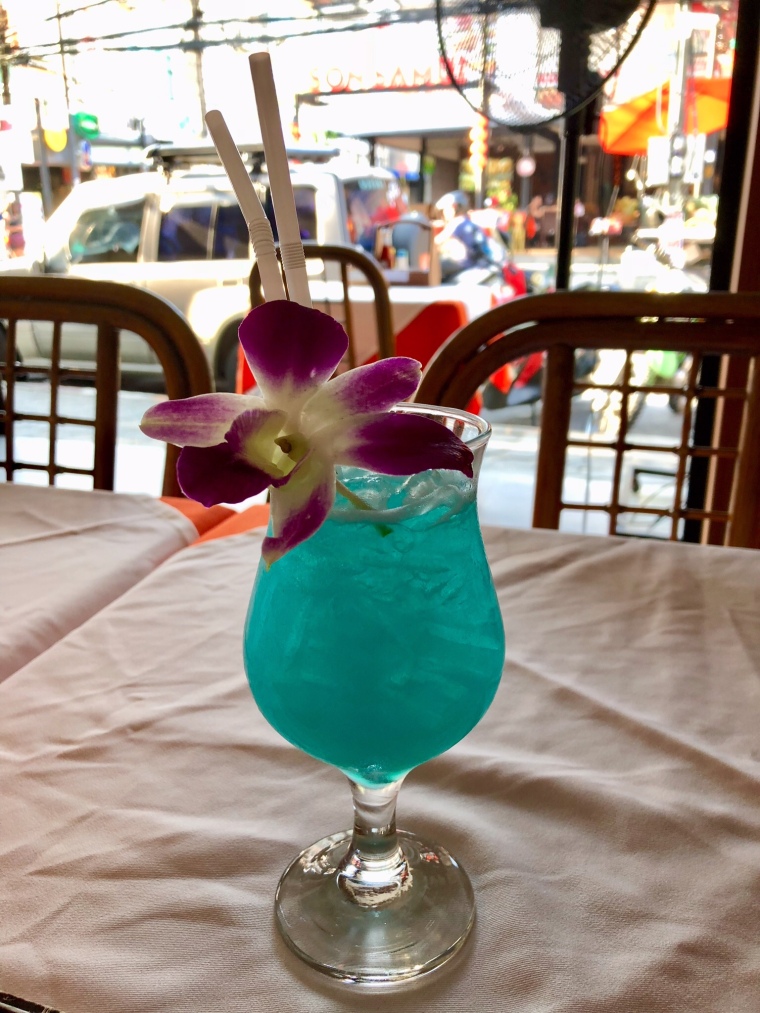 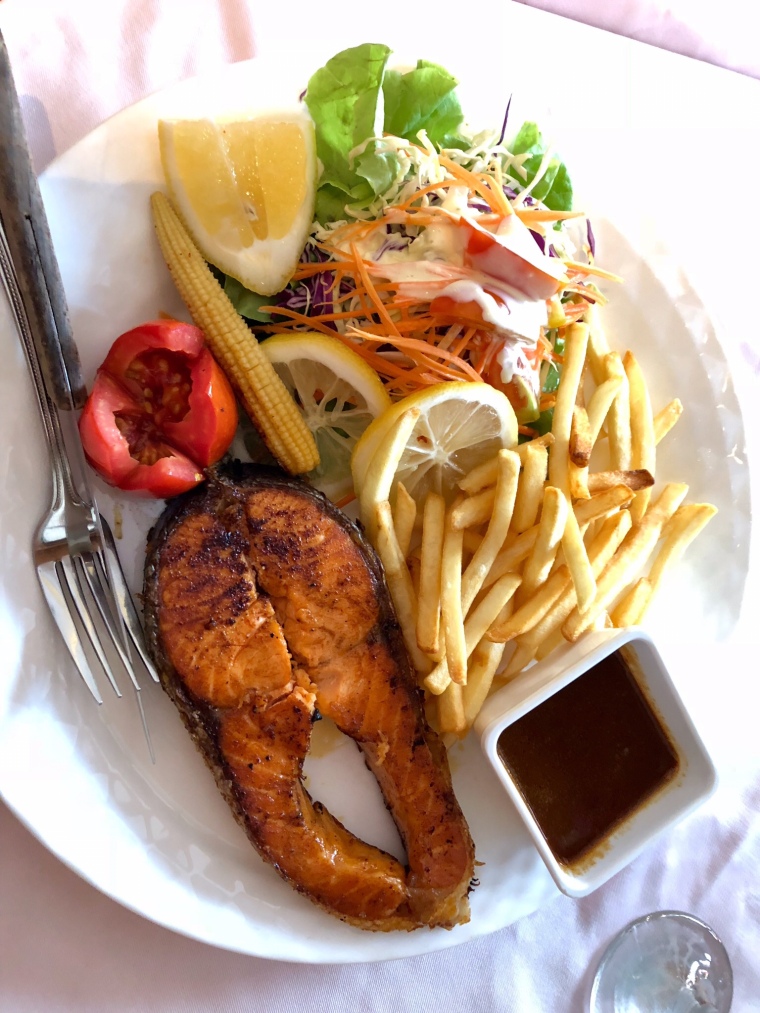 Went to see a ‘Cabaret’ show tonight. It was very entertaining. Ladyboys! 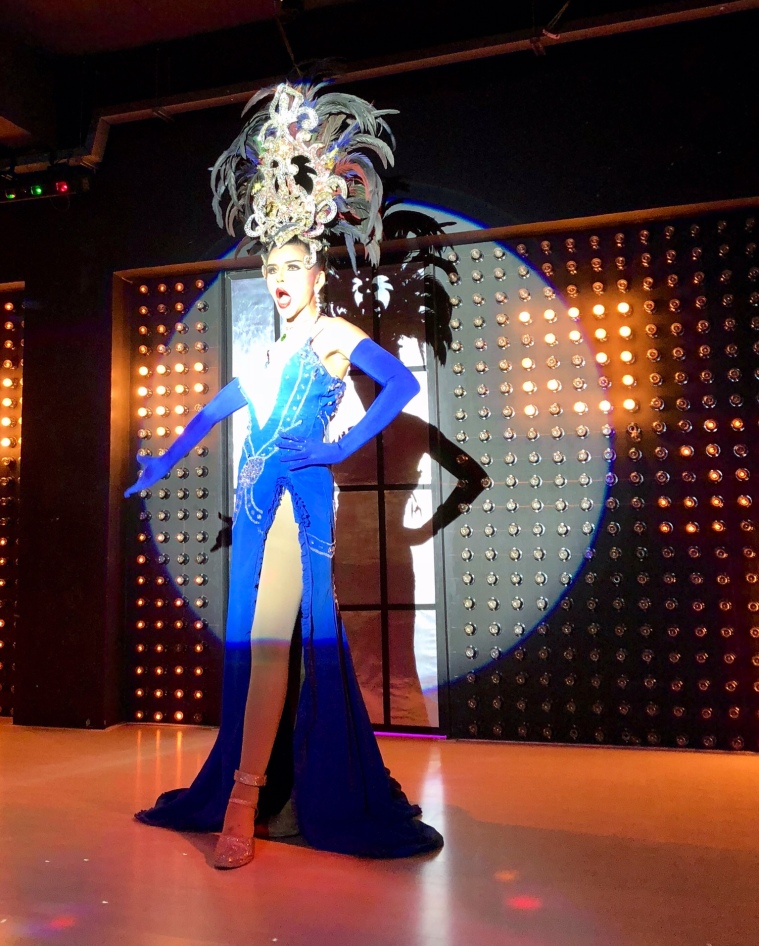 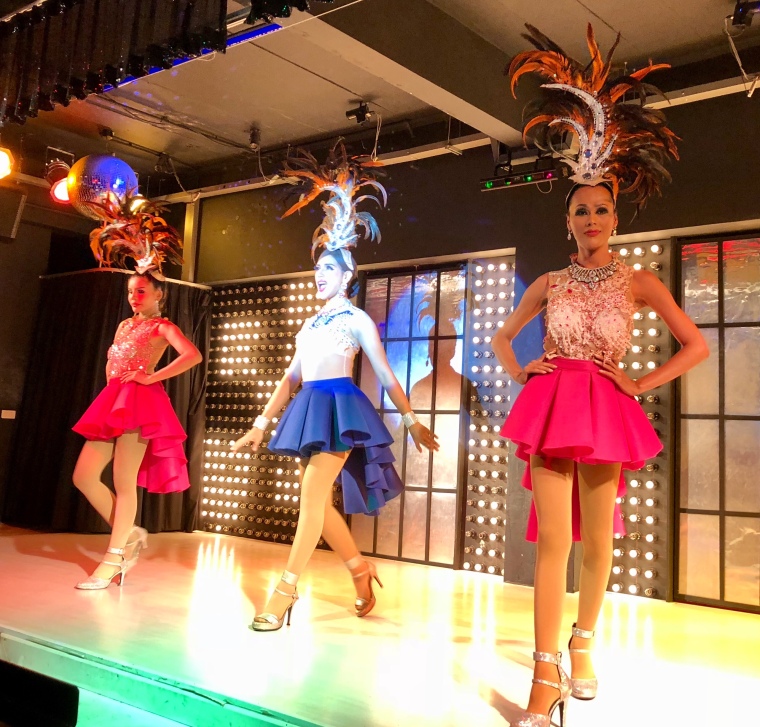 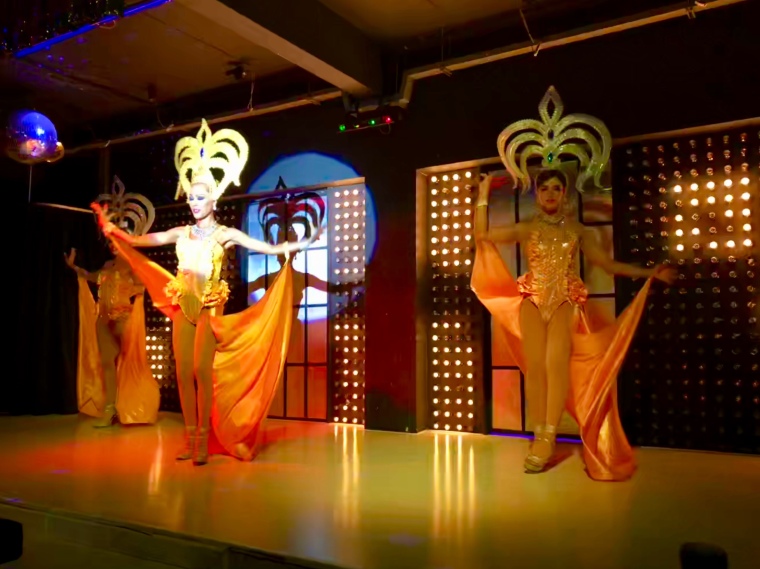 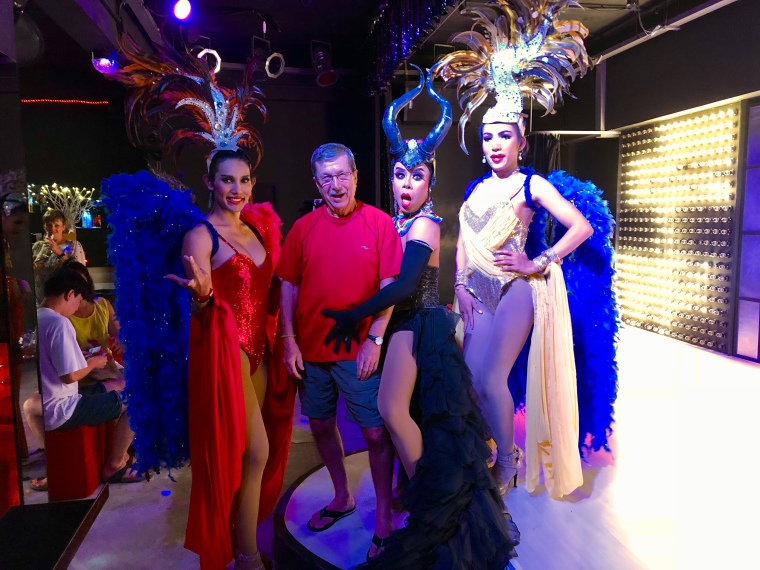 In case anyone doesn’t know what a Ladyboy is, it’s a transvestite. Male dressed as a female. Some have had surgery, other have not.